On June 2, 2022, Atlassian released a security advisory for a critical zero-day vulnerability (CVE-2022-26134) that hackers are exploiting in Confluence Server and Data Center. The flaw allows an unauthenticated attacker to execute arbitrary code on a vulnerable Confluence Server or Data Center instance.

Essentially, the zero-day is an OGNL injection flaw that allows an unauthenticated user to execute arbitrary code in the context of the Confluence application. OGNL payloads can be injected into the URI or payload of HTTP requests. To get back the command outputs, attackers use dummy headers (X-Cmd-Response being the most common one) to house the outputs that will be returned in the HTTP response.

Volexity, a Washington-based cybersecurity firm, discovered the flaw during an IR investigation they had conducted over the Memorial Day weekend. Volexity observed attackers using the zero-day to deploy an in-memory copy of the BEHINDER implant and backup web shells on the Confluence server.

Cloudflare has identified requests matching potentially malicious payloads as early as May 26, indicating that attackers had knowledge of the zero-day prior to the Atlassian security advisory. They observed a large spike in activity starting from June 3 likely due to the release of details and PoCs of the vulnerability.

If you are unable to upgrade Confluence immediately, then Atlassian has included temporary workarounds in their advisory. Atlassian also stated that Confluence end-of-life versions are not fully tested with the workaround, so they strongly recommend upgrading to a fixed version of Confluence as there are several other security fixes included.

Customers can use Logpoint’s Use Case v5.1.2 application that includes alerts related to detecting CVE-2022-26134 exploitation.

Detection of exploitation in Logpoint

The first thing analysts can do is to perform an IoC sweep using indicators provided by Volexity, GreyNoise, etc. 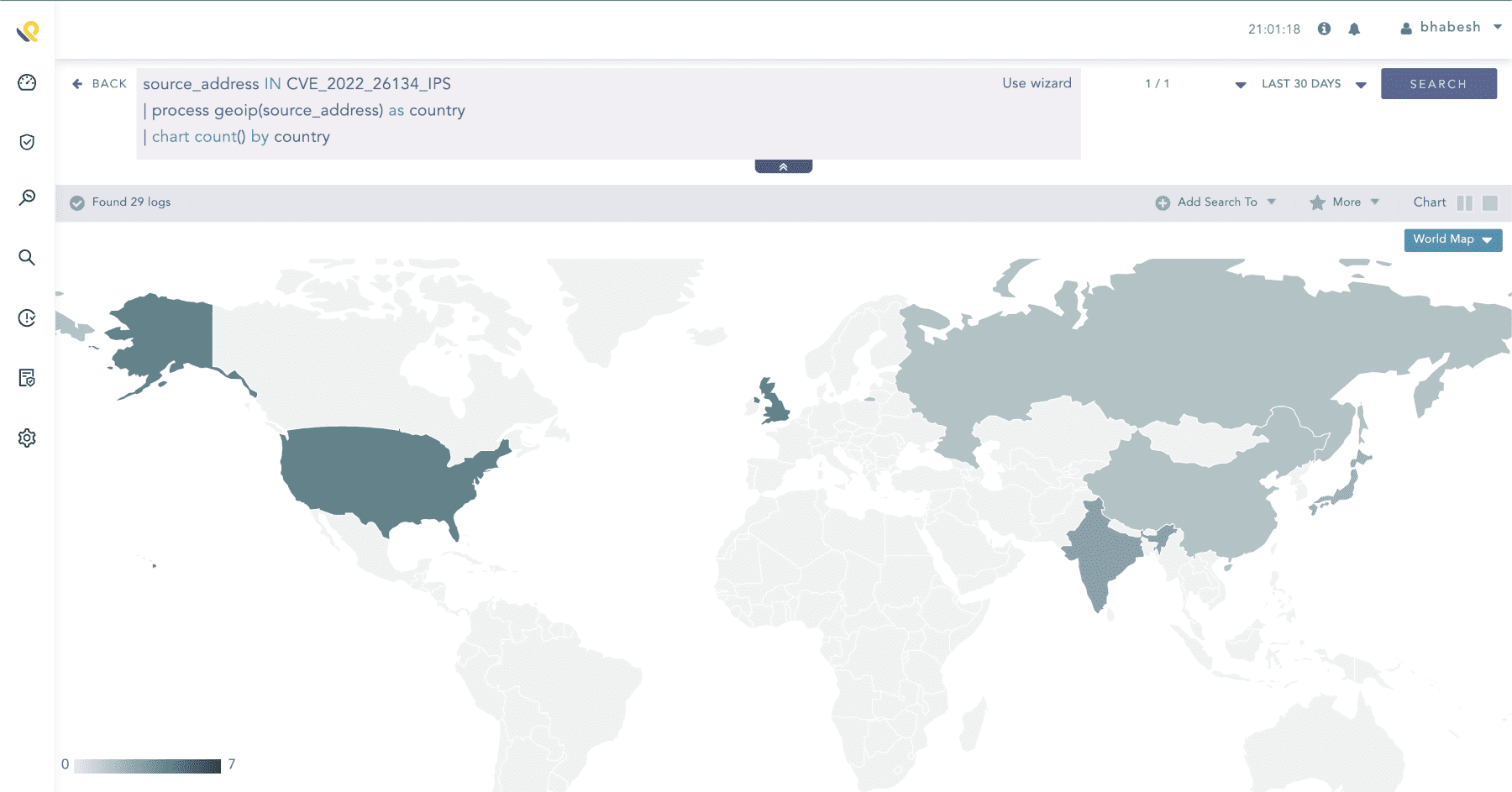 Confluence access logging records the OGNL payloads, but it is not enabled by default. Administrators should ensure that they have enabled it because when enabled, confluence logs every request made to the site. The log file is located in /logs/conf_access_log.log.

If your Confluence instance is running on Windows, look for the tomcat process spawning suspicious processes.

If your Confluence instance is running on Linux and has Sysmon for Linux installed, look for the confluence user spawning suspicious processes. In our test, Sysmon for Linux didn’t capture the parent process name (java), so we have to rely either on the user or path field.

Alternatively, attackers can use the Nashorn Java class to create reverse shells for direct interactions.

Searching for use of the Nashorn java class

Searching for reverse shell creations in Sysmon for Linux events

If you do not have Sysmon for Linux monitoring, analysts can use rely on auditd events.

Proctitle events capture the full command lines of process executions. Monitor your Confluence instances for suspicious command lines that it normally does not execute.

Attackers commonly use external sites like Interactsh for identifying vulnerable systems through out-of-band interactions. Investigate systems that are behind these DNS queries.

This vulnerability also allows attackers to easily add a new administrator user to the confluence site by using getUserAccessor().addUser() method in the OGNL payload.

Administrators can verify this by looking for new user creations (especially admins) by the ‘Anonymous’ user in Confluence’s audit logs.

As mentioned earlier, Volexity observed attackers—after exploiting the zero-day—using the open-source BEHINDER web shell which replaced the legitimate noop.jsp file located at /confluence path. They also dropped another JSP version of the open-source Chopper webshell as a backup.

We advise analysts to monitor for HTTP requests to noop.jsp resource. We do not need any special queries to detect command executions through these web shells.

Search for requests to noop.jsp resource

Upon detecting traces of exploitation, analysts should isolate the Confluence instance and initiate their incident response procedure.

Customers can run their SOAR playbooks to block IPs attempting to exploit or have been successful in exploiting the flaw.

We advise analysts to prioritize detecting post-compromise activity since it is trivial to bypass signature checks on URLs. Attackers can also exploit this vulnerability via payloads in POST data rendering detections based on URLs useless.

The current threat landscape has forced enterprise defenders to adopt the “assume breach” scenario and to proactively hunt for threats. Detecting zero-day exploitation is difficult, but there is an easy and feasible way. Defenders should look for common post-compromise activities and investigate them to find the root cause. They need to create a baseline so that any suspicious activity readily stands out among the noise. 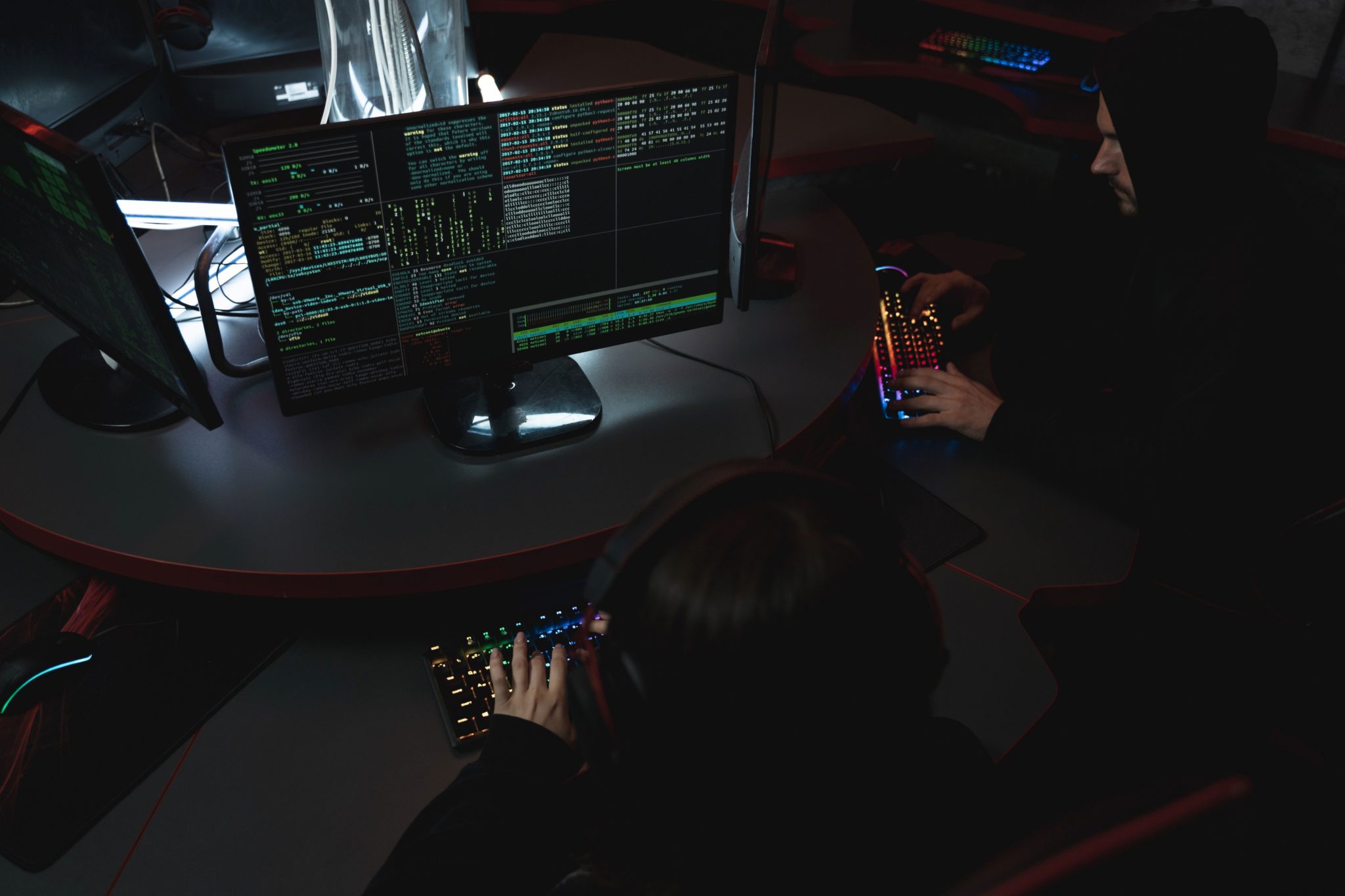